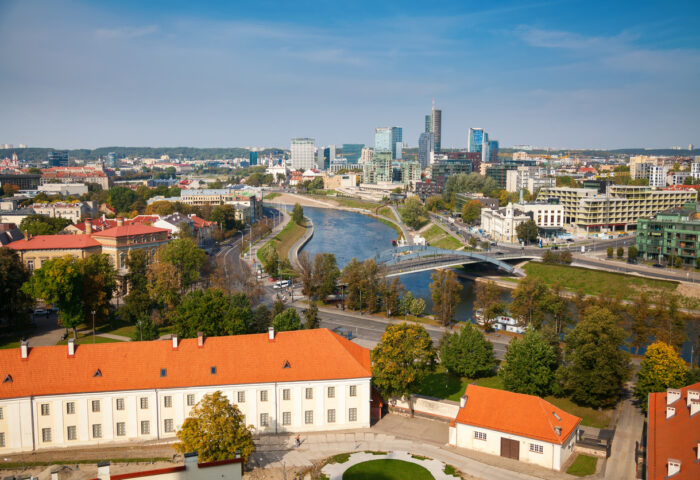 Discover Auriga
Nearshoring
Back to blog

Auriga decided to expand its presence in Europe by founding an office in Vilnius, Lithuania, more than eleven years ago.

“While considering locations for our European engineering center, we were impressed by Lithuania’s rapid technological growth, its openness to international tech businesses, and the fast-growing market of IT professionals,” says Sergey Berezko, Director of Business Development and Branch Manager of Auriga Baltics.

Lithuania is a globally recognized player – ranked #1 in the Tech Start-up FDI Attraction Index 2019 and #11 in the World Bank’s Doing Business  Index 2020. Its labor capacity amounts to 38K IT specialists with an impressive level of English proficiency, 27K of them being professional software developers.

Demonstrating steady growth throughout the way, Auriga Baltics has earned a Certificate of Excellence “The Strongest in Lithuania” for 5 consecutive years. Only 4% of all Lithuanian companies have ever been rated that high.

This summer, the number of employees in Auriga Baltics has reached triple-digits. As we stated in the article “US Software R&D Company Auriga Announces Expansion of European Branch in Vilnius”, published in February 2021, Auriga Baltics expected to hire 70 additional engineers over the next three years. The hiring process is going so well that 30% of the target has been reached in under six months.  The newcomers were mainly software engineers proficient in embedded software and web development.

“We are thrilled having achieved this milestone! – says Mirga Macionyte, Lead HR Manager at Auriga Baltics. – Every member of the Auriga family is an extremely talented and skilled specialist. So, we hope to provide a home-like environment that would further encourage personal and professional growth among all of our employees. Talking about the future, our plan is to grow further by attracting the best talents to deliver more exciting projects.”

Auriga’s European branch is growing not only in the number of its employees, but the plan is also to launch a new R&D laboratory that will provide software development, research, and testing services for one of its’ key customers. It will be the fourth Auriga’s R&D lab in Lithuania.

Auriga Honored Once Again as a Global Outsourcing 100 Company

@AurigaInc
Our customer needed to considerably expand a team of simulation model development experts in a fairly short time. Learn how we solved the problem by developing and introducing a unique training course for engineers.➡️ bit.ly/33R4y3p#simulation #simics #software ... See MoreSee Less