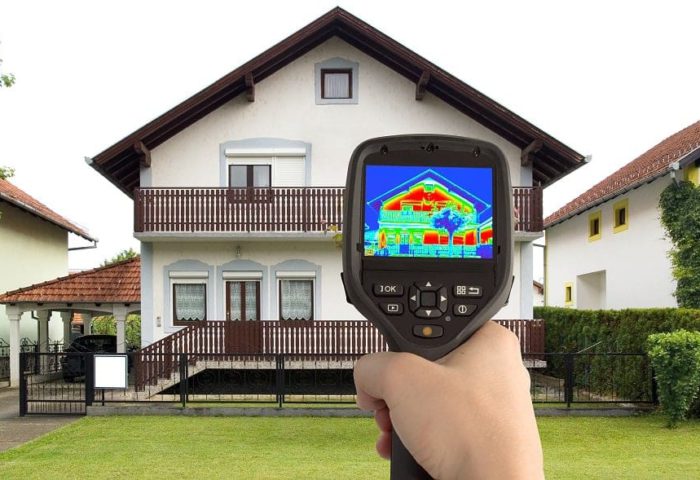 In a competitive environment,  winning means continuous product improvement. That’s why, in 2013, Conservation Services Group (CSG) employed Auriga to perform a classic software turn-around project for their residential energy efficiency audit and program operations software – the EnergyMeasure® software suite. CSG has deployed this Suite in many successful energy efficiency programs, but the suite had reliability challenges and was very costly and difficult to maintain.

The new generation of energy audit tools the Auriga team has developed now includes web and mobile hybrid clients built with Kendo UI and Cordova frameworks, and relies on an AWS-based back-end featuring enterprise APIs in front of Oracle and use of Entity frameworks.  These elements integrate easily with modern technologies such as Google Glass, smartphone-enabled infrared cameras and borescopes.

The new software drew the following responses from the users who chose to pilot the new version:

“What an improvement! Intuitive, easy to follow, fun!”
“Nice app. Download to report in less than a half hour.”
“Incredibly intuitive! I didn’t have to stop for more than a few seconds at any screen to figure it out. This piece of software is REALLY fast.”

Because of Auriga’s service methodology, CSG was able to enjoy the benefit of having a diverse and distributed development team working from multiple locations and time zones. At the same time, the development, testing, review, and deployment processes became more efficient and simple. Auriga’s engineering team brought in years of experience in managing software product lifecycles and implemented a number of process changes, including the transition to a Git-based toolkit.

The success of the development efforts has proved the viability and efficiency of the chosen outsourcing approach. Lex Crosett, CSG’s Executive Vice President of Software and Services, said the following:

Auriga’s team has been a vital part of this project from the very beginning and has contributed greatly to its success. This is a group of highly qualified software development specialists.  The Auriga team has the ability to combine the technical competence with strong management skills, focus on the result, and attention to business needs. The quality of the final product is outstanding, and we have already received positive feedback from our clients. We plan to continue working with Auriga on enhancing our platform in the future.

Vyacheslav Vanyulin, Auriga’s General Manager, believes that cooperation with Conservation Services Group® has been extremely beneficial for both parties:

We consider CSG one of our most valuable customers, and we are proud to be a part of the project that aims to deliver cost-effective energy efficiency programs and helps homeowners reduce energy use and increase their savings. From an engineering standpoint, this particular project created new opportunities for our team to gain unique experience and expertise and to prove our leadership in the industry and our competence in tackling complex R&D tasks.

The team’s proactive attitude, anticipation of the customer’s needs, and ability to transform technical and business knowledge and understanding into a great product while working as an integral part of CSG’s team have been among key factors of this project’s success. We look forward to strengthening this cooperation between our companies.

Conservation Services Group is the U.S. market leader in residential energy efficiency programs. Since its founding in 1984, the company has helped improve the efficiency of more than 3.1 million homes nationwide.

Auriga is an elite software R&D and IT outsourcing services provider incorporated in the U.S. and operating development centers in Russia and the EU since 1990. The company is focused on satisfying the specific needs of software and hardware high-tech companies. For several years, Auriga has been included in the Global Services 100 and Global Outsourcing 100 lists and in the top 10 ITO providers in Central and Eastern Europe, according to the Black Book of Outsourcing. Auriga is a worldwide leader in software R&D, OPD, software testing, and QA. Its vertical expertise includes high-tech product development, healthcare, telecom, finance, government, mobile, media & entertainment, and consumer electronics.