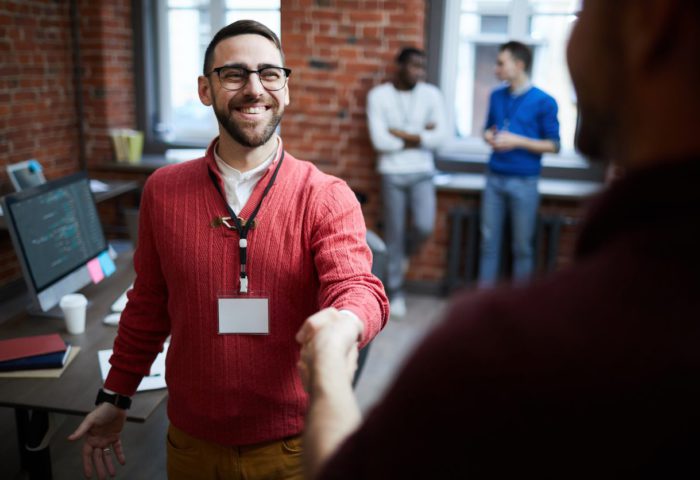 One of Auriga’s key principles is striving for excellence. Whatever we do, we do our best to perform the task better than anybody else could, and our customers confirm that we succeed in it. A Clutch.co analyst (CA) interviewed Director of Software Product Development, Conservation Services Group (CSG), Guy Savoie (GS) to learn more about Auriga’s performance.

Clutch.co is an independent B2B ratings and reviews site that ranks software and IT service providers based on a range of factors, including experience, verified client reviews, industry recognition, and market presence. Credibility and reliability of rankings lend a helping hand to decision makers looking for outsourcing solutions.

Since 2013, Auriga has performed projects for CSG, the U.S. market leader in residential energy efficiency programs. Auriga’s team provided development, maintenance, and re-engineering services for the flagship solution to improve reliability and stability and developed the new Amazon Web Services cloud-based generation to expand the market share and introduce an outstanding experience for users. Auriga’s active R&D support added value to CSG’s products and contributed significantly to its successful acquisition by a larger enterprise.

CA: Introduce your business and what you do there.

GS: When I worked with Auriga, Inc., I was a member of a nonprofit in the energy efficiency space. We used technology to manage home energy audits and find the efficiency of various measures that would help people save energy. I was the director of software development, and I oversaw the intersections between our team and theirs.

CA: What challenge were you trying to address with Auriga, Inc.?

GS: Over the course of five years, our revenue flatlined, and we were concerned that our mission was at risk. We decided to reinvigorate the technology, and we brought in a CTO to help us either move toward a for-profit spinoff or toward being a public company.

CA: What was the scope of their involvement?

GS: Our technology efforts were about moving to the cloud and adopting newer and better technologies and practices. Based on their experience, they made recommendations. Then, we had second and third conversations until we moved in the right direction.

We had a legacy technology to manage home energy audits. We faced some barriers with the technology stack, and we decided to go cloud-based and embrace the Microsoft technology stack. We had an intermediate product that was written as a Microsoft desktop client, but we wanted to go more fully mobile.

Auriga, Inc. built out mobile frontends. Based on their cloud expertise, we had them build a micro-service backend using messaging, events sourcing, and other important technologies. We used the AWS stack in cutting-edge ways that put us ahead of the curve, and the platform they built is still durable, flexible, and extendable. We successfully moved our legacy technologies into AWS, and we looked at our future direction. They helped us pivot from a code and software solution to a data solution.

CA: What is the team composition?

GS: We started with a team of about 12, but that scaled up to as many as 40 team members. On average, we sustained a group of 20 people across two teams.

CA: How did you come to work with Auriga, Inc.?

GS: Our previous CTO had a relationship with Auriga, Inc. and spoke highly of them. We had a quick interview cycle to make sure they were the right partner, and we found them very capable. They could do staff augmentation for product-based work. We knew our products would have a long life, and we needed a team that could support us in the long-term. Auriga, Inc.’s prices were competitive, and their engineers were engaged.

CA: How much have you invested with them?

CA: What is the status of this engagement?

GS: We brought Auriga, Inc. in around summer 2013. I left the company in March 2017, but the partnership was still in a maintenance phase.

CA: What evidence can you share that demonstrates the impact of the engagement?

GS: We really needed to go live within six months to make an impact. We launched within a fully provisioned environment within about five months. We replaced large portions of our system, and we met some huge milestones internally. The economics and technology upgrade happened on the predicted path, and it gave us the confidence to put ourselves forward for acquisition.

We had some concerns that our cloud spend would outpace our onsite spend, and we worked to keep that spending under $20,000 a month. Auriga, Inc. had the competencies to auto-provision and auto-scale to make sure we spent just enough to meet our financial measures consistently.

CA: How did Auriga, Inc. perform from a project management standpoint?

GS: Our primary teams were in Russia, and we also had some project management onshore for a bit. One team managed the data side, and the other worked on the frontend application. We had a product owner on our side and a project manager on their side. Day to day, we had regular conversations with developers. We kept our business requirements leadership onshore, but we left their scrum master, project management, software engineering, and QA remote.

CA: What did you find most impressive about them?

GS: I’ve worked with about a dozen offshore providers over the years. They’re disciplined engineers and influenced us in a positive, synergistic way around best practices. They’re very able, and they helped our top-level leadership make the right decisions. They were both pragmatic and aggressive, and they had a very deep batch of special skills. They changed resources to make sure we got the most for our money and hit milestones. I’ve never worked with an organization that took such ownership.

CA: Are there any areas they could improve?

GS: They addressed the language barrier along the way. It’s always nice to communicate and collaborate faster. We embraced an international standup, and there were some people we worked with who allowed other people to speak for them.

CA: Do you have any advice for potential customers?

GS: Trust that their project management team will be truthful from the start. They will tell you what is feasible, and they will give you options. It’s also important to be honest with them. When we told them about dips in our staffing levels, they found the right people to manage our needs. They make sure you will be efficient at any level, and they’re an incredibly mature organization. I don’t have a single bad thing to say about them.