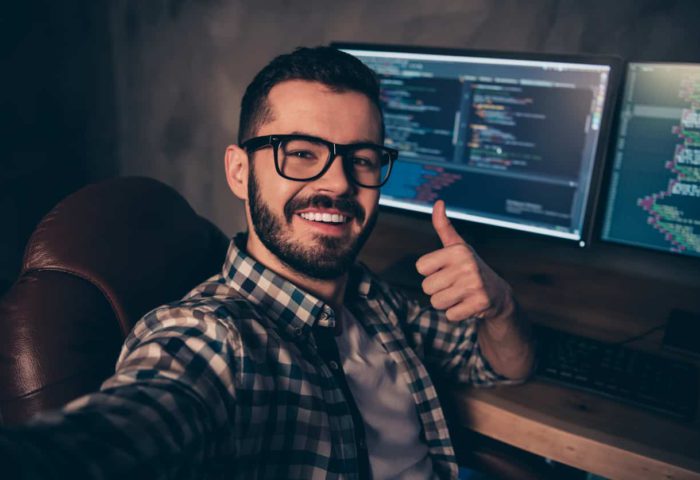 Custom software development success depends on a wide range of factors, including not only technical excellence and an in-depth understanding of the customer’s business area but also integrity, communication skills, and the ability to act as a seamless extension of the customer’s team. Recently, the CEO of 3D Data Ltd. (C), a data collection company, emphasized Auriga’s commitment to proactive, efficient cooperation in an interview with an analyst of Clutch.co (CA), an independent B2B ratings and reviews platform.

3D Data tasked Auriga with the backend development and integration of a desktop-based HTML advanced wireframe, and Auriga’s team worked from client-provided designs to deliver the full prototype. The architected solutions not only helped 3D Data to get an MVP that they could display to customers in place within an aggressive timeline but also set them up for long-term success by forming a foundation for expansion of the product.

Please enjoy the following transcript of the interview below and visit our Clutch profile for more customer reviews!

CA: Introduce your business and what you do there.

C: I’m the CEO and founder of a data company that handles data collection and analysis for tax assessors and real estate appraisers.

CA: What challenge were you trying to address with Auriga, Inc.?

C: Our big problem was needing to update our infrastructure to the next generation of system so that we would have something to show our potential customers to help drum up business. We didn’t have the engineering capacity at the time to devote resources to building out the prototype, so we contacted Auriga to help us with that.

CA: What was the scope of their involvement?

C: The actual deliverable was an HTML-based example of our data collection system. We are building a system that could be used on either a tablet or desktop, so our idea was to use the desktop version to showcase the capabilities both pieces would eventually have.

We worked closely with them to lay out the specific requirements that we had, and then they turned those into a sort of advanced wireframe. That meant we had all the database infrastructure and web backend in place but weren’t using it with real customer data so it didn’t have the middle layer to extract that data from different applications.

They built out all of the architecture and backend, we constructed the frontend UI and the designs, and their team integrated the two together.

CA: What was the team composition?

C: The teams were very small, consisting of two people on each side. They provided a project manager as well as a senior engineer.

CA: How did you come to work with Auriga, Inc.?

C: We had looked into various outsourcing firms for a while, but I had an existing relationship with their VP of North American sales, and I told him about our problem, and he said that he thought they could help. They were by far the most professional group we interacted with, so we decided to move forward with them.

CA: How much have you invested with them?

CA: What is the status of this engagement?

C: We worked with them for basically the entire month of November 2016.

CA: What evidence can you share that demonstrates the impact of the engagement?

C: One of the big things that contributed to our success was our daily scrum meetings, in which we would spend 30–60 minutes discussing where we stood and what had changed so that we always knew exactly what was going on. That helped us a lot to stay on track for the project, which was important to us because we had a very tight deadline to finish everything by December.

I don’t know exactly how many hours we saved, but it freed up roughly 80 hours of our in-house engineering time, which was also critical because we needed all of our team for other projects. Just being able to get that through the door on time and on budget was a huge win for us.

CA: How did Auriga, Inc. perform from a project management standpoint?

C: Their team was fully integrated into our team, which helped to make everything run a lot more smoothly than it could have otherwise. They were also very good at having systems in place to handle communication, testing, and milestone tracking and everything like that so that there was never any lost time.

Because of the time difference, we were concerned at the outset about engineer availability, but they did an excellent job of managing their schedules to make sure we had sufficient overlap to be able to communicate effectively.

CA: What did you find most impressive about them?

C: They are proactive rather than reactive, which is a very rare quality for outsourced development teams. Instead of just building what we handed to them, Auriga took a look at our initial architecting and gave us some suggestions and reasons why they thought those would be better solutions.

That level of critical thinking helped us to set ourselves for future success up in a way that most agencies are not capable of doing. I wish I could quantify how much time it saved us in the long run, but I do know that transitioning from the prototype to the first generation was incredibly simple. They demonstrated their commitment to the partnership with us rather than just the individual job.

CA: Are there any areas they could improve?

C: Their project manager was incredibly organized and good at communication but didn’t quite have the level of technical skill in our specific area that we needed. They were more than willing to work with us to supplement in that situation and make sure everything that needed to be communicated to the engineers was getting there, and it didn’t cause any problems beyond the earliest stages of the collaboration.

CA: Do you have any advice for potential customers?

C: The most important thing is that you have a clear idea of what you want to accomplish. As long as you’re able to communicate that to them, they can handle translating it into the technical pieces that will best serve the purpose and functions that you need.