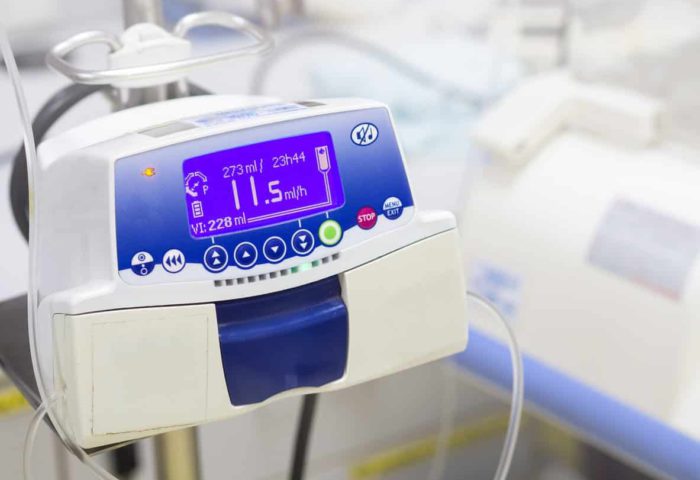 Medical Device Interoperability: One of the Most Prominent Strategies

Interoperability
Medical Devices
Back to blog

With the uprising of patient devices, wearables, and healthcare apps, the amount of generated patient data grows every day. The advancement and availability of all these new technologies should by default increase the quality of healthcare. Health professionals can access any type of patient data in their workplace, and patients can get quality care even on a remote basis.

The irony, however, is that this win-win situation leads to some real challenges for healthcare organizations, because despite having dozens of devices and software systems in place that generate a massive amount of data, hospitals can’t really make use of all this information, because these devices don’t communicate. After all, most of these devices were not designed to interconnect with each other.

That said, we can say without exaggeration that the lack of interoperability between medical devices and systems in the hospital infrastructure is a crucial issue that affects healthcare  efficiency and patient safety, causing hospitals to lose money. We can’t stop the expansion of the diversity of devices and technologies in the healthcare industry, but we can at least manage the issues related to their interoperability and interconnectivity.

This race has already started. The Continua Health Alliance, an industry organization dedicated to establishing a system of interoperable personal connected health solutions, now counts more than 200 technology and healthcare companies—including Covidien, GE Healthcare, and Philips—among its members. And even the electronic health record (EHR) providers that usually retain their independence are starting to ponder the advantages of interoperability. At least five of them announced the creation of the CommonWell Health Alliance to create an infrastructure for interoperability across health IT organizations and adopt common standards and protocols to provide access to patient data. To determine whether the game is worth the candle, we should examine its history.

Interoperability: A Look Back

Interoperability in the healthcare industry is not a new topic; the issues related to standardization, seamless data sharing across all systems, and connectivity have been raised and discussed numerous times by various organizations in the past.

The first well-known effort to develop a communication standard and supporting hardware specific to a medical device was in 1982–1984—the Medical Information Bus, which focused on intravenous infusion devices and RS-232 hardware. Later, in 1987, Health Level Seven (HL7)—a not-for-profit organization that addressed the development of a “comprehensive framework and related standards for the exchange, integration, sharing, and retrieval of electronic health information”—was founded.

Since 1991, the IEEE has been working on a series of standards IEEE 1073 (11073) that address the dynamic interconnection of (mobile) medical devices. In 2013, the FDA recognized 12 of the IEEE 11073 family of standards. This recognition, according to Todd Cooper, Chair of the IEEE 11073 Standards General Committee, was a big step toward creating open standards-based medical device interoperability, and ultimately, it will contribute to saving billions of US dollars across the healthcare system.

In 1998, the Integrating the Healthcare Enterprise (IHE)—a non-profit organization that brings together healthcare professionals and industries with the aim to improve the way computer systems in healthcare share information—was founded. The IHE works on defining data-transmission requirements, identifying available standards, and developing technical guidelines for manufacturers.

In 2004, the Medical Device Plug-and-Play Program (MD PnP) was launched. Today, it is one of the leaders in the development of interoperability concepts for integrated clinical environments. They are “working to accelerate the adoption of medical device interoperability by providing interoperability building and by changing clinical and market expectations of what can be achieved.”

In 2006, the International Electrotechnical Commission (IEC) and the International Organization for Standardization (ISO) proposed the standard IEC 80001 “Application of risk management for IT-networks incorporating medical devices” that defines ways to address issues arising out of connecting medical devices to a network. The standard was published by the Association for the Advancement of Medical Instrumentation (AAMI) in 2010 and updated in 2012.

AAMI and Underwriters Laboratories (UL) joined forces to develop a suite of standards on medical device interoperability with a focus on patient safety.

Finally, in 2013, the West Health Institute together with the Gary and Mary West Foundation created a Center for Medical Interoperability to drive the interoperability of medical technology. The plan was to focus initially on technical campaigns to define interoperability requirements and provide a connected health technology roadmap.

As mentioned above, the FDA is also joining and supporting this initiative. In 2013, FDA recognized a set of 25 voluntary standards used by manufacturers developing interoperable devices. In February 2014, at the Health Care Innovation Day conference, Dr. Jeffrey Shuren, Director of the FDA’s Center for Devices and Radiology said that FDA planned to release draft guidance this year for manufacturers seeking to make their medical devices interoperable.

As you can see, interoperability is top of mind for all stakeholders in the industry, and it has become more than just a buzzword. A survey conducted by the Association for the Advancement of Medical Instrumentation (AAMI) revealed that interoperability issues are considered the top medical device challenges according to the healthcare technology management professionals in 1,900 U.S. hospitals.

West Health Institute issued a report analyzing the state and value of medical device interoperability that estimated $36 billion in potential waste across healthcare segments due to the lack of interoperability. For device vendors, having a common set of interoperability standards would save over $400 million in device development and testing costs industry-wide. The report also cited the HIMSS Analytics research indicating a huge market for interoperability: Over 90% of the hospitals participating in the research used six or more types of devices that could be integrated. But only one third of those hospitals actually integrated those devices with EHRs, and even for that third, fewer than three device types were integrated on average.

However, despite the best efforts of research organizations to provide strong arguments for connectivity and interoperability in healthcare institutions, some companies and hospitals are hesitant to jump on the bandwagon. For instance, device makers are motivated to preserve their proprietary systems. At the same time, hospitals fear the high cost and complexity of upgrading the technical integration.

Both arguments are understandable; however, nobody can deny the fact that the universal adoption of medical device interoperability is not that far off. To gain a competitive edge in this area and stay ahead in the new medical interop race, concerned parties should probably start thinking about it right now. If you are following this news, you are already working on your own interoperability roadmaps. And you need a reliable and skilled provider with extensive project experience.

Auriga has expertise performing interoperability research and development for embedded and system-level software—not only for the medical device industry, which remains mostly fragmented, but also for high-tech hardware and software vendors for telecom, automotive, avionics, and other verticals. And you have the chance to apply our extensive experience in the medical and interoperability fields to your project and get ahead with our help. We encourage you to explore ourweb page, and we appreciate all your comments and ideas concerning medical interoperability issues.