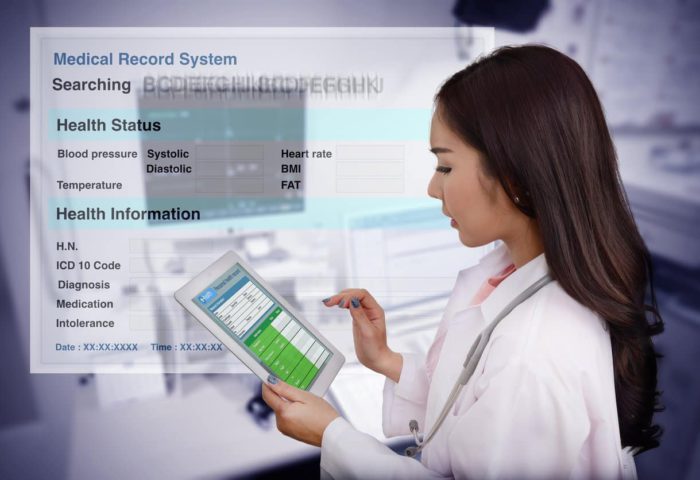 Digital Health
Interoperability
Back to blog

The rapid development of mobile technologies and the Internet of Things, the enhancement of hardware, the second wind that is transforming the embedded systems market – all of this has changed the world around us. This transformation impacts even the most traditional areas, such as health care. One of the most innovative and trend-setting changes in this area is the rapid growth of the telemedicine market and the technological services and solutions connected to it.

It might sound strange, but even now, not all specialists agree on the exact definition of telemedicine. In this article, we suggest using the definition from the American Telemedicine Association:

(Telemedicine Resources and Services: American Telemedicine Association// The Univ. of Texas at Austin, 1994.)

From the technology standpoint, such telecommunication should provide a direct transfer of medical information in various formats (clinical history, lab results, X-Ray and CT data, video and ultrasound images, etc.), as well as an option for a video conference in real time between health care institutions or between a physician and a patient.

Thanks to telemedicine, patients in remote areas can receive specialized consultations that are not available in local institutions. However, we can’t underestimate the role of telemedicine in large cities and developed countries. It helps cut treatment costs, improves the quality of diagnostics, and enables remote health monitoring. This is especially important for people with chronic illnesses and seniors.

The global telemedicine market can be segmented based on several criteria:

Based on this segmentation, various approaches for the design and development of software solutions and, consequently, different tools are used. However, these segments are interlinked, and the software developer should have skills and expertise in many different development areas, including embedded development, mobile and cloud technologies, and protocols specific to the healthcare industry.

The History of Telemedicine

The term “telemedicine” was used for the first time in 1974.

Contrary to what you might think, telemedicine is not a new “thing”. Actually, the ideas of remote medical help circulated 100 years ago. Back when the phone was invented, people tried to transmit heart tones so that the specialist could estimate the patient’s health condition. Obviously, these efforts were unsuccessful.

The second half of the 20th century was a time of active space exploration. This was when the need arose to remotely monitor the physiological parameters of astronauts. This was also when the first telemetric systems were invented, which were later applied in sports, aviation, and military medicine.

In 1959, Albert Jutras, a Canadian doctor, managed to transmit video images from a hospital to a receiver in his house. Later, he created a telemedicine system that connected two hospitals in Montreal for the purpose of providing teleradiological consultations.

In the same year, clinicians at the University of Nebraska managed to transmit neurological examinations to medical students. However, the most incredible achievement of this year was the transfer of fluoroscopy images from the U.S. to Canada by coaxial cable.

In the 1960s–70s, many telemetric systems and devices for various health care applications were developed. Mostly, these were experimental devices used only in particular cases.

An important step in telemedicine development was the use of mobile medical stations for remote medical aid in distant locations thanks to the use of satellite technology. This was a NASA project called STARPAHS (Space Technology Applied to Rural Papago Advanced Health Care). This project allowed almost 4,000 people to obtain specialized medical help who would probably never have received it if not for the technological development.

Despite certain breakthroughs in telemedicine in the second half of the 20th century, we could see a real boom in it only at the end of the last century and at the beginning of the new millennium.

This can be linked to the global development of information technologies and the implementation of certain international programs and documents that regulate the use of these technologies in medicine:

Telemedicine today involves a wide range of tasks and is available for a larger number of patients. This has become possible thanks to fast mobile penetration – mobile networks and the Internet have reached places that medicine failed to. Easier access to mobile solutions and the convenience of their use has made telemedicine more attractive for patients, and the possibility to cut costs for diagnostics and treatment are key factors for the upsurge in the interest in telemedicine for physicians and health care institutions.