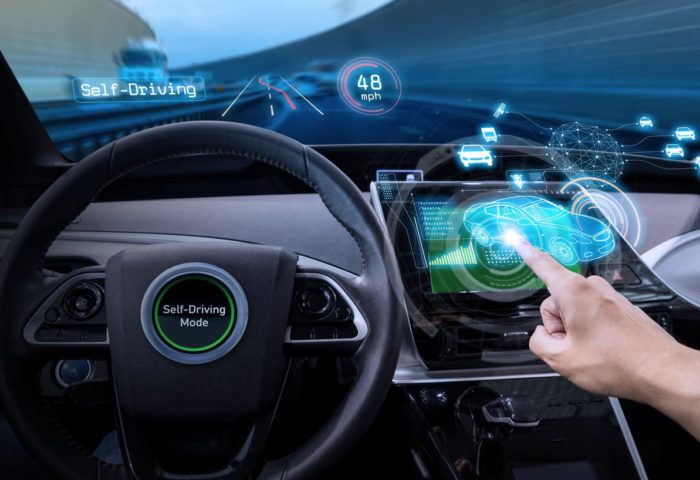 Automotive
Back to blog

A little over a month ago, I was in Vegas for the CES 2019, the biggest tradeshow in the world. First impressions are everything… My first impression of the CES this year? While ordering a cab with a ride-sharing company, Lyft, I was immediately offered a self-driving option. I have to admit that the few minutes between clicking “Yes” without giving it a second thought and the car actually arriving were a bit nerve-racking.

The whole time, I was wondering if the car would actually arrive with no driver and if I was really supposed to get into it. When it finally arrived, I realized it had two people in it instead of one (two lovely ladies). One was in charge of keeping an eye on the car as it was driving itself, hands next to the steering wheel (which actually came in very handy when the car decided it was time to switch lanes and cut someone off), and the other was explaining the technology during the ride. This experience could not have been a better preview of what I was about to see at the CES over the next few days. Literally everything was screaming “automotive.” Connected vehicles, futuristic looking cameras installed all over cars, self-driving (and even -flying and -floating) technologies, sensors everywhere… Bottom line, this is all controlled by software.

The amount of software going into cars has been increasing for years. Infotainment and touchscreen-based climate controls have replaced mechanical nobs for the most part in all recently made cars. Some of the automotive software (and dealership onboard diagnostic software) solutions we worked on just a couple of years ago for our customers seem outdated now. Apple CarPlay and Google Auto are two tangible examples of the apps that can be run inside your car (we will undoubtedly see many more in the coming years). But not until this year did automotive software become so mainstream. The number of investor-funded startups operating in that space seems to be quadrupling every other month. M&A activity in the sector is picking up. The market opportunity here is just tremendous, and many new entrants are trying to jump on the bandwagon before everyone else.

How will the car manufacturers react? Nowadays, when cars are safer and more reliable than ever, the last thing automakers want to do is sacrifice safety. This is a very traditional scenario of a market  being disrupted by new technologies. Who wants to be an early adopter in such a safety-sensitive industry as the automotive industry? Without a doubt, software will dominate the industry in the coming years, but the adoption cycle will be rather long.

Needless to say, not all automotive software is the same. Some technologies will be adopted and integrated much faster than others. Less safety-critical components, like remote diagnostics, mapping and traffic technologies, infotainment, and cloud-based systems, will go in faster. Automotive enterprise-level software seems to be a bit slower to jump on the AWS bandwagon than that in most of the other industries, but that shift is happening now for a number of our customers. The list of viable OS choices seems to be growing as the concept of connected vehicles matures—we keep hearing about a growing appetite for experimenting with Automotive Grade Linux (AGL) as an OS choice as opposed to more traditional RTOS’s like QNX or Windows Embedded. There are forums like Auto-ISAC through which automakers (and the tier-one, -two, and -three vendors working with them) are collectively solving issues surrounding automotive software security.

By contrast, more safety-critical functions are being treated much more conservatively. While OTA updates for mapping or infotainment apps are becoming more common, we are still in a very early phase of firmware over the air (FOTA) updates for our cars. Remaining a hugely valuable proposition for both car owners and automakers, in terms of time savings on dealership visits and vehicle downtime and cost cuts on recalls and warranty expenses, FOTA updates raise more concerns and not only due to safety issues. ECU functionality that controls the engine, brakes, steering, suspension, airbags, and ADAS systems is built deep into the vehicle network bus and is run by the microcontrollers with a limited amount of RAM and flash memory.

So, to install updates for those, it’s not enough to just replace a piece of code—automakers are forced to consider architecture redesign or even hardware gateway solution replacements, which is tough, time consuming, and expensive. These decision-making hardships are compounded by the fact that there are few reliable software services vendors with the relevant expertise to perform tasks of such complexity. Conclusion? To become a mainstream part of the connected vehicles future, we need some progress on standards and overall approaches, while technically, FOTA is the current leader of the automotive battlefield. It has no choice but to keep up with what has clearly become one of the hottest software domains.

Bottom line? The automotive software market is red hot now and will remain so in the foreseeable future. The area of autonomous driving technology and many adjacent domains are attracting many startups from all over the world (somewhat reminiscent of the dot-com boom from ~20 years ago). Traditional automakers are facing the non-trivial choice of selecting among numerous vendors, technologies, and partners while maintaining industry standards and rigorous safety testing processes and remaining cost efficient and technologically competitive. 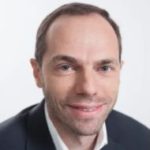 CES 2018: The Epicenter of Automotive Innovation