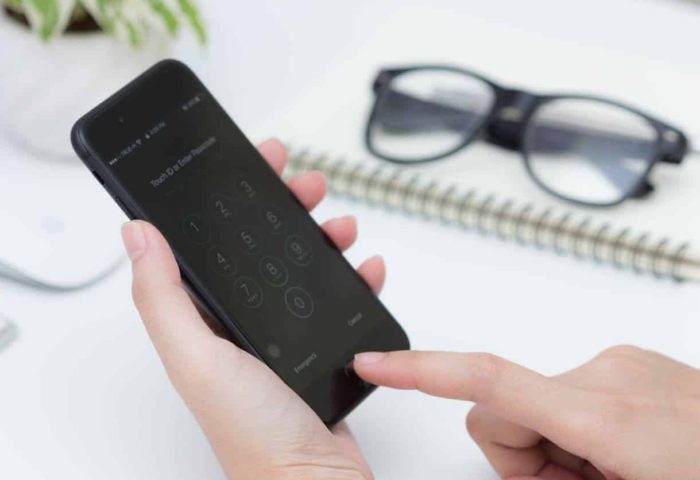 Auriga’s client—a promising start-up company, Qari Apps, LLC—entrusted us with the development of a new mobile application for Android-based smartphones. The Orbie Lock Screen is an innovation of the widely popular Android Password Pattern. The idea of the app was to create a bulletproof mechanism to lock the smartphone screen using “connect-the-dots” patterns as a password.

Smartphones carry a lot of data these days, including confidential and sensitive information, access to bank accounts, personal photos, and emails. Needless to say, enabling password protection on a smartphone is a must. However, if you use standard patterns as the password on your Android phone, the oily residue from the fingers leaves telltale signs that can be used to recover password patterns and allow the intruder to access your data. Qari Apps, LLC has come up with an innovative way to protect the data on your smartphone, and Auriga helped to implement this idea as a first-rate Android app that has a great potential to go viral.

Upon the completion of the project, Thomas Vargas, President, Qari Apps, LLC, was very satisfied with the final product and said,

As a start-up company formed August 2013, we hungered for a high-quality product to represent our grand release into the mobile application market but were hesitant on hiring just any development company. After 45 days of intensive research, the selection of Auriga Inc. was determined to be well worth the investment. Auriga has an intricate method of completely involving themselves in your project, so much so that they become an extension of your in-office staff. Simply put, the Russian-based company has mobile development on tap. Here’s to innovating password security and the Orbie Lock Screen.

The Orbie Lock Screen uses patterns of four to nine items as a password to (un)lock the screen. The items are shown on the lock screen in a standard 3×3 grid; however, their order is generated randomly every single time, which means that the pattern the smartphone owner uses will be different every time, and there will be no traces on the screen to reveal the password to intruders.

Additionally, Auriga’s engineers developed an algorithm for special situations (e.g., the user forgets the pattern or an emergency call has to be made without unlocking the smartphone screen). In contrast to other connect-the-dots apps, Orbie Lock Screen has an interesting, colorful user interface and allows you to choose the “connecting” elements. By default, they are colorful spheres, but the user can choose flags, coats of arms, and many other options.

Orbie Lock Screen was successfully released on the Google Play Store in September 2013 and gained Rank #297 in the Top New Free Apps with a five-star rating after only four days. Currently, Auriga and Qari Apps, LLC are discussing plans for a future update of the app.

Auriga is an elite software R&D and IT outsourcing services provider incorporated in the U.S. and operating development centers in Russia and the EU since 1990. The company is focused on satisfying the specific needs of software and hardware high-tech companies.

For several years, Auriga has been included in the Global Services 100 and Global Outsourcing 100 lists and in the top 10 ITO providers in Central and Eastern Europe, according to the Black Book of Outsourcing. Auriga is a worldwide leader in software R&D, OPD, software testing, and QA. Its vertical expertise includes high-tech product development, healthcare, telecom, finance, government, mobile, media & entertainment, and consumer electronics.

Auriga works with a great number of clients, from start-ups to giants like Chrysler and Yandex, and focuses on the following:

You can find additional information about Auriga’s experience in mobile development by clicking the link and visiting our website.

Qari Apps, LLC is a veteran and minority-owned entity founded in August 2013, in Chandler, AZ. Fueled by passion from military and law enforcement service, Qari, a reversed spelling of “Iraq”, dedicated the identity of the company to ALWAYS remember the ultimate sacrifices paid by a few to secure our freedoms. The first product, Orbie Lock Screen, is an exciting innovation to the most widely popular Android Password Pattern, which promotes an intuitive and fun user experience without sacrificing your personal information through unauthorized access. A worry-free application, Orbie Lock Screen provides a simple solution to potential security threats involving smudge-hacking and over-the-shoulder surfing.

Auriga Scored 100/100 for Its Cybersecurity Efforts

Health InfoSec: How to Stay Ahead of Cyber Threats